In August 8, there was a meeting between KIU administration, represented by Vice Rector for Economics and Strategic Development Lilia VladimirovnaVorontsova and Head of the Department for International Relations Ekaterina IgorevnaVracheva and representatives of the municipality of Shanghai (China) for the organization of Worldskills 2020, represented by Dr. Luo Shengkiang and Dr. Wang Mengiao. Next year Shanghai will host this large-scale and important championship of working professions. As representatives of Worldskills 2020 in Shanghai, Dr. Shengkiang and Dr. Mengiao learn from the experience of organizing the championship in our Republic. The meeting is also important because KIU students actively participate in the Worldskills movement and are winners and prize-winners of the Russian championship in the "Tourism" and "Entrepreneurship" competencies, as well as winners of Euroskills.

Dr. Luo Shengkiang and Dr. Wang Mengiao represent one of the largest technical universities in China - Shanghai Engineering University. During the visit, the parties discussed the possibilities of cooperation in the field of science, academic exchange, summer multidisciplinary schools for students from China, short-term internship programs for KIU students at large-scale industrial enterprises in China.

This meeting was also important for the citizens of China due to the fact that the number 8 is symbolic and in China means wealth and prosperity, which will undoubtedly bring the beginning cooperation of two large universities of Russia and China. 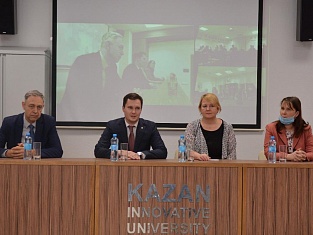 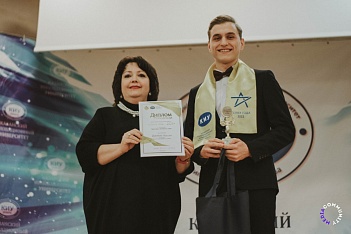