“I will remember forever my meeting with President”

KIU student Sebastian Salcedo is originally from Colombia, but Tatarstan became his second home. In just a few months, he learned the Russian language on a good level, and began to study the Tatar language out of love for the culture of the Republic of Tatarstan. His talent was appreciated by the President Rustam Minnikhanov himself at a meeting with students at the new KIU building. 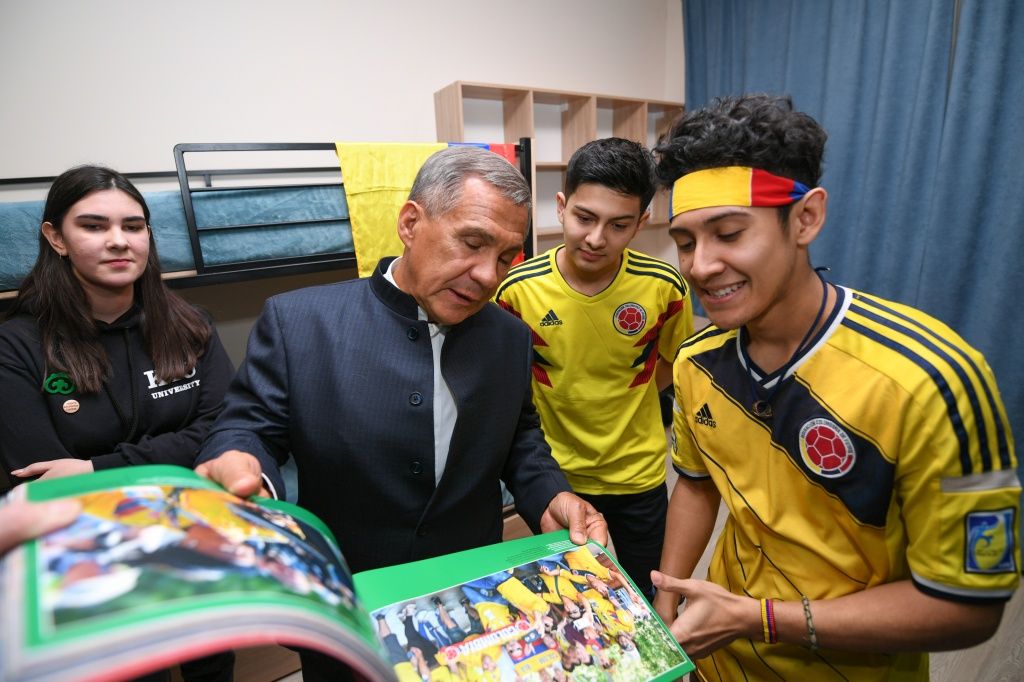 -       I always wanted to study abroad, to see the world and to be acquainted with a culture of different countries. So when I got an opportunity to study in Russia I agreed at once.

-         Why have you chosen Kazan Innovative University?

-        Your university offers great opportunities for citizens fr om other countries who want to study in Russia. That is why I did not miss my chance. Besides, I was attracted with the innovativeness of your university, its focus on the future.

Before entering the university, I was interested in two things: cooking and learning foreign languages. I chose the second one and did not regret about it. Where can you else learn the Russian language if not in the heart of Russia?

-         How beautiful it is here! Of course, I had to get used to the weather, but today I liked it. Moreover, I am delighted with snow. Every time when I have snowflakes in my palm, it surprises me a lot. Kazan is a city to which you immediately feel sympathy. I also like a local architecture. I enjoy walking around picturesque places of the city.

-         At KIU, I immediately felt a warm and welcoming atmosphere. I made a lot of friends here. Thanks to the Department for International Relations that my adaptation on a new place was as comfortable as possible.

-         At our university, you study under the program “Russian language for foreigners”. Why have you chosen it?

-         As I said already I liked linguistics. In the future, I plan to learn other languages too: German, Japanese, and Arabic. I heard a lot about Russian culture that is why I was interested in it.

-      You are really inclined to learn languages. You are also learning the Tatar language at our university.

-         Yes, I am interested in the Tatar culture and language. Kazan is a unique place, wh ere two great cultures meet – Russian and Tatar. -         At KIU, you were chosen as one of the best students to meet the Head of the Republic. To come to another country and almost at once to meet with the President is possible only at KIU. Tell us more about it.

-         It was very unexpected and responsible for me. An excitement passed when it was time for a personal meeting. The President was very kind, pleasant in communication and an open person. He told that he had been in Colombia and liked it. We spoke in Tatar. The President presented to me and to one more student a commemorative album from the World Cup. And I also had an opportunity to take a selfie with him. Without a doubt, it is a unique event of my life, which I will remember forever.

-        In Colombia, I played basketball. Perhaps In the near future I will join to a team of Kazan Innovative University.

-         We are waiting for you! Moreover, there all conditions for team trainings at KIU new sports hall. Besides, do you lead a healthy lifestyle? 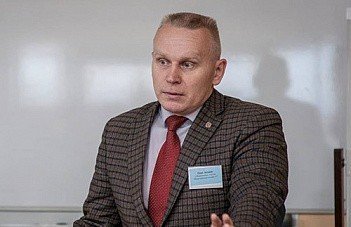