What you should know about Russia before your arrival 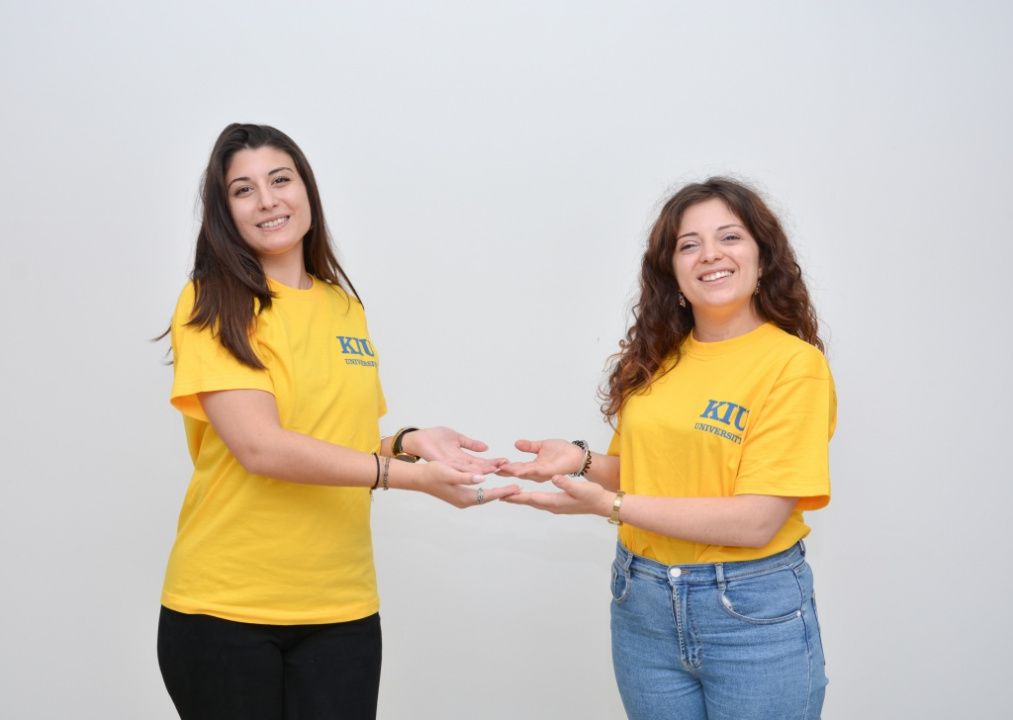 Russians are renowned for their hospitality. They love inviting guests and are happy to visit their friends and acquaintances themselves. Generously served table is the main feature of such visits. When a Russian friend invites you for a cup of tea, you are advised not to eat at all before the visit. This is because Russians normally cover the guest table with almost everything edible they have in the house, including their home-made treats. A good housewife would be most disappointed to see an empty table in the middle of a party. For her, it would mean that the guests are still hungry and that the meals were insufficient.

Don't Go Visiting without a Gift

Russians don't visit friends and family unless they bring gifts. Even when you are invited to a modest meeting of friends and not some grand birthday party, you cannot arrive empty-handed. This may be a cake, candies, a bottle of wine, or a chocolate bar for the youngest family members. In fact, the gift itself is not so important. You just need to have one. Otherwise, you may be seen as a bit tight-fisted. 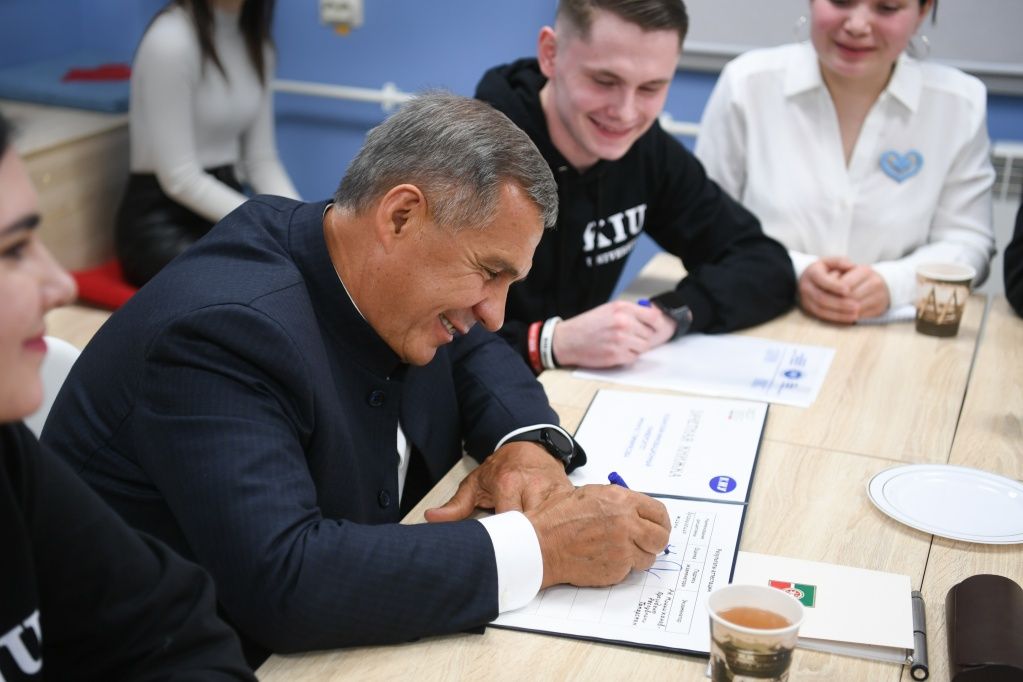 Russians usually spit over their left shoulders when a black cat crosses their way, knock on a wooden item to avoid self-jinxing, and not whistle in a house to avoid losing money. If Russians have to return home after having forgotten something, they have to look in a mirror before leaving again.

To ensure a trip will be safe and successful, Russians have to sit in silence for a moment before leaving. Many believe that a broken mirror or spilt salt may bring bad luck.

Prior to an important event, such as an examination, Russians wish each other "Ni pukha ni pera" which correlates with the English "Break a leg!" and derives from a wish to a seeking hunter to gain neither beast ("pukha") nor bird ("pera"). Superstitious people believe that the opposite of whatever they wish will befall that person, i.e. good luck. The expected response is "K chertu!" meaning "To hell!", as otherwise the wish will not come true.

Students also have their superstitions:

People believe that these actions could bring you good grades. Certainly, all superstitions should be taken with a pinch of salt.

Friendship is a very important thing in the lives of Russians. A sincere friend might be valued higher than a blood relative.Friends' fidelity and loyalty are not just empty words for many Russians. They might start their friendship at primary school or at university and it will last throughout their lives.

Russians are not the ones who keep their opinions to themselves. Many people have developed an opinion on many aspects – from ways to grow marrows to White House foreign policy. Westerners often believe that opinions are suppressed in Russia. However, Russians freely express their opinions in different places – from lecture call of students to a press conference with the president. 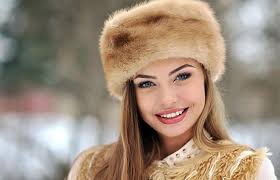 Russians are not accustomed to smiling without a reason, let alone concealing bad moods and life issues under cheerful expressions. This is just insincere, many Russians say. In public places, they prefer to maintain a concentrated expression. However, when Russians find themselves among friends, colleagues or close relatives, they could instantly become the most radiant cheerleaders, with inexhaustible laughter and joking.

The world knows that Russia is a country of the most beautiful women. Natalia Vodyanova, Maria Sharapova, Anna Kournikova, and many more Russian celebrities are living proof of this. Russians treat women in a special way. A man will give up his place to a woman in public transport, prevent a door closing too fast near a woman, and offer his hand to help a woman get out of a car. This is viewed as gallantry rather than infringement of women's rights or playing down their business skills. However, gazing at passing women in public places, pursuing them, paying obtrusive attention, or whistling are regarded as insults.

Russians are generally very cheerful people. They love joking, pulling each other's leg, and telling funny stories. They value good humour and satire and are capable of joking at their own expense. Russians often use citations from popular movies, in particular, Soviet comedies which are loved by almost everyone, regardless of their age. Sometimes, in order to understand Russian jokes, you need to just go and watch Soviet movie hits – Love and Doves, Moscow Does not Believe in Tears, The Pokrovsky Gate, The Diamond Arm, and many more. 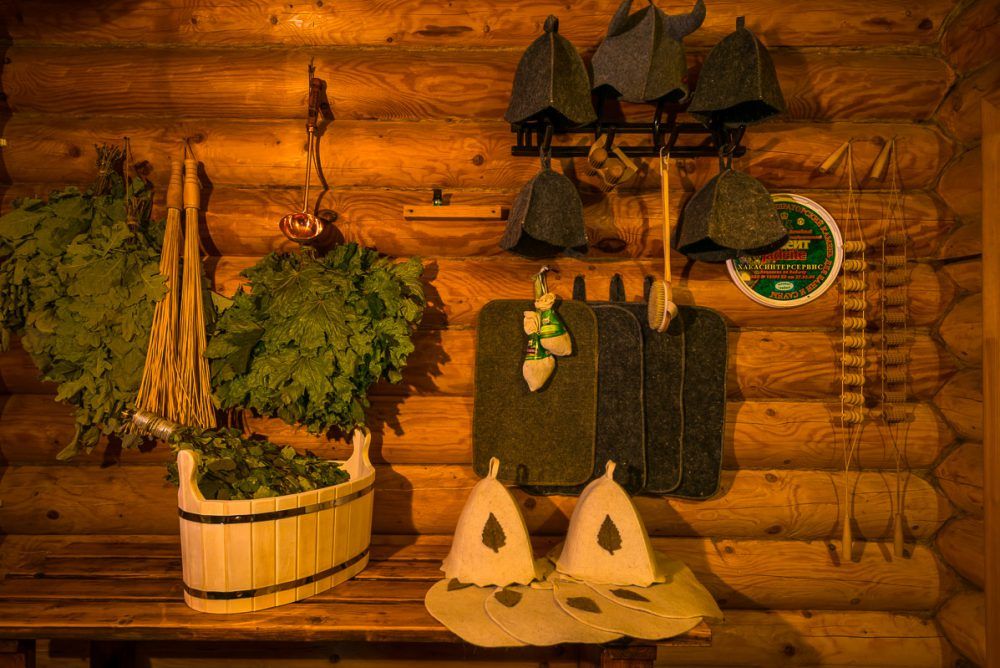 Going to the banya (a sort of sauna) is a special pastime for Russian men and women. They believe that time in the steam room cleans both your body and soul. Russians go to banya for not only to wash, but also to spend time with their friends. The banya procedure includes selecting good company, washing, and sitting in the steam room. The longer you stay there, the better your health becomes and the stronger you become in spirit. After the steam room, people dive into an ice-hole or ice-water pool. After you finish the banya procedure and come out red-faced, you'll traditionally be greeted "S legkim parom!" (something like "Enjoy your steam!").

This is the most important and most beloved holiday, with a New Year tree, presents, long family dinners, and magnificent fireworks. It is celebrated on the night before January 1. The main features of the Russian New Year are kind Father Frost and his granddaughter the Snow Maiden, champagne, caviar, Olivier salad, the chiming clock of the Kremlin, and the President's greetings on TV, and watching the seasonal Soviet comedy "The Irony of Fate."

This religious holiday is the second most important after Easter. In the night on January, 6 to January, 7, Orthodox churches across the country hold celebratory services. For Christmas, people decorate their houses and host a festive dinner. People often dabble in fortune-telling and single girls try to learn the name of their intended ones. Christmas prophesies are believed to be the most accurate.

It is celebrated on January 25. In 1775, on the day dedicated to the early Christian martyr Tatiana of Rome, Elizabeth, the Russian Empress, signed a decree establishing Moscow University (now MGU for short), which subsequently became a centre for Russian science and culture. Now the university's birthday has become a holiday for all Russian students. In 2005, the status of this day was confirmed officially. On this day, university students recall their patroness Tatiana and celebrate the end of the winter exam session. Every city and university has its own traditions: amateur performances, balls, exhibitions, games, free refreshments, and entertainment.

In Soviet times, this was the Day of the Soviet Army and Navy, and all military personnel were congratulated. In today's Russia, February 23 is a holiday not only for military personnel, but also for every man, regardless of whether or not they completed military service. In addition to greetings, men can expect gifts from colleagues and their loved ones. Russians love to joke: a woman choosing a present for February 23 knows that it will influence the choice of her present for March 8 (Women's Day).

This is a traditional Slavic holiday to see off the winter and welcome in the spring, also known as Butter or Crepe week. It is celebrated in the week preceding Lent when people visit one another to eat pancakes. On the seventh day of Maslenitsa festival, people gather for open-air merrymaking and the farewell to winter, when a Maslenitsa puppet is burned.

Now it is simply referred to as Women's Day. On March 8, all women of the country, from little girls to grandmas, receive greetings and signs of admiration. They are told nice things and receive flowers and presents.

This ancient Christian holiday is celebrated in Russia in early spring. On this day, Orthodox churches conduct celebratory services and people greet each other "Khristos voskrese!" (Christ has risen) and answer "Voistinu voskrese!" (Verily he has risen). Specially for Easter, people make or buy a kulich (a ritual cake) and paskhas (a ritual pudding) and dye eggs.

In Soviet times, May 1 was known as International Workers' Solidarity Day. It was an official holiday with a distinct ideological colouring. The main features included mass demonstrations along the main streets, including Red Square in Moscow, with loud marches, and greetings from the Communist Party leaders on platforms. Now it is called Spring and Labour Day. Trade unions organise demonstrations designed to protect the rights of working people.

This is a major holiday in the country. On May 9, Russians celebrate victory over Nazi Germany and the end of what is known as the Great Patriotic War (1941 to 1945). Large-scale celebrations are held across the country, including the march to the Tomb of the Unknown Soldier in Moscow, military parades in many cities, including Hero Cities, fireworks, and performances.

It is celebrated on June 12. Performances and other events are held across the country. Russia Day was established in 1990 to commemorate the adoption of the Sovereignty Declaration of the Russian Federation. 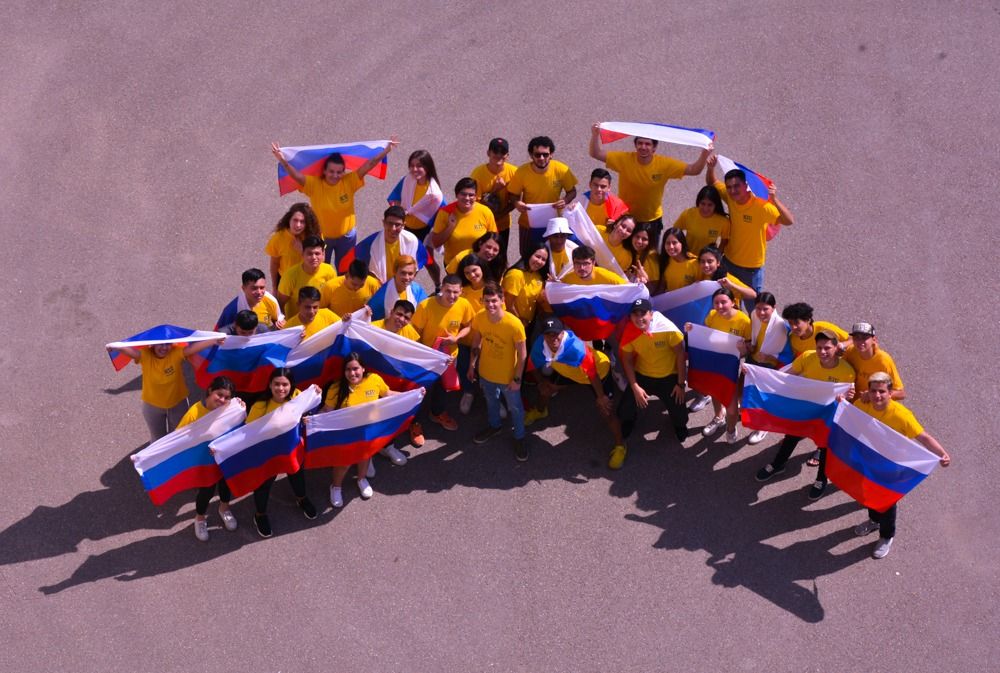