The purpose of the Scientific Research Institute (SRI) is organization and conduction of fundamental and applied scientific researches, experimental elaboration. 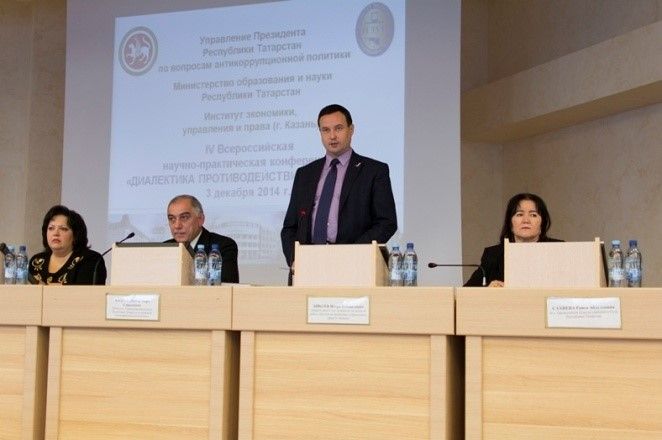 SRI brings together the leading specialists in the field of anti-corruption in the Republic of Tatarstan and Russia. At the present time, SRI consists of 15 scientific volunteers, 4 PhDs, 5 Associate Professors. Projects of SRI annually win scholarships for non-commercial organizations which participate in implementing socially significant projects. SRI has published more than 300 scientific and academic papers.

SRI annually holds scientific conferences, round tables, seminars with participation of specialists from Russia and the entire world. Results of these events are published in federal scientific magazines.

Since 2010 professors and students of KIU (IEML) have become winners of All-Russian contest for scientific and applied papers in anti-corruption sphere.

A terminological dictionary “Everything about corruption and its fighting” was issued in 2014.