On the 25th of November in Kazan the Final of the first Russian National Award “Student of the year” in the frameworks of the forum the “Student Russia” has been held.

On the 25th of November in Kazan the Final of the first Russian National Award “Student of the year” in the frameworks of the forum the “Student Russia” has been held. About 300 students from 35 regions of the country attended the event. 11 nominees represented Tatarstan, among which were 2 students of the Institute of economics, management and law (Kazan). Following the results of the contest the IEML representatives were acknowledged as one of the best: a student of the Faculty of Management and Engineering Business Mr. Anton Kornilov has won the nomination “Sportsman of the year” and a student of the Faculty of Law Mrs. Mavzuna Kalonova has won the nomination the “Foreign student of the year”.

Mr. Anton Kornilov and Mrs. Mavzuna Kalonova went through all the tasks of the competition perfectly and entered the Super Final.

The Grand summarizing of the Award took place at the day of the forum closing in the concert hall of the Volga Region State Academy of Physical Culture, Sport and Tourism. Awards were presented by honored guests of the event – the Prime-Minister of the Republic of Tatarstan Mr.Ildar Khalikov, the Deputy of the State Duma of the Russian Federation Mr.Marat Bariev, the First Deputy Chairman of the Committee of the State Duma of the Federal Assembly of the Russian Federation at International Affairs, an Olympic champion Mrs.Svetlana Jurova, the Director of the Department of the State Politics in the field of children and youth up-bringing of the Ministry of Education and Science of Russia Mr.Alexandr Stradze, the Chairman of the Russian Union of Youth Mr.Pavel Krasnorutskiy etc.

Among the winners - representatives of three universities (the Kazan Volga Region Federal University, the Kazan National Research Technological University and the Institute of economics, management and law) our students were only representatives of private universities of Russia. Mr. Anton Kornilov is acknowledged as the best student of the country 2014 in his nomination and Mrs.Mavzuna Kalonova is in part of three leaders among foreign students.

«This cup and triumph is not only my victory but the whole my Institute, - shared his joy the Sportsman of the year. – My achievements are merits, firstly, of my tutors. I express great gratitude to the Administration, professors and students of the IEML for their support, belief in me and in my possibilities”.

From the bottom of our heart congratulate Anton and Mavzuna with high results and wish further successes and bright victories! 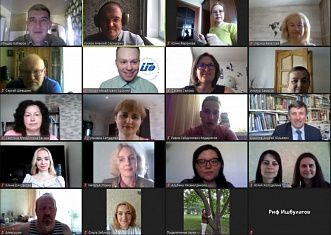 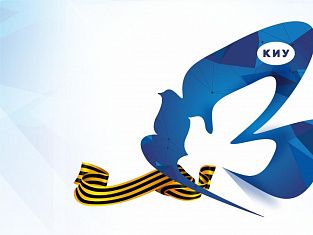 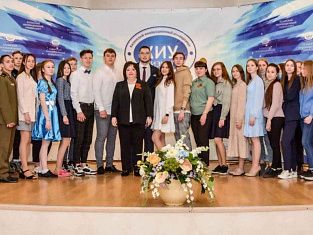