Meeting with professor from Germany in IEML

The meeting with German professor took place on 2nd of December in the assembly hall. Axel Baisch is a professor of HHL - Leipzig Graduate School of Management, he told the students of IEML about his institute and ways of getting education in it. 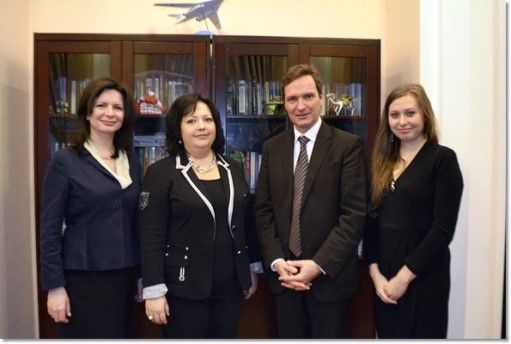 This institute was based in 1898 as the first German Business School. HHL is Alma Mater to professor Eugen Schmalenbach, who was a founder of business administration as an academic discipline.  In 1992 HHL became the first private university of East Germany. HHL was the first among German business-schools to become certified AACSB in 2004. According to Financial Times, HHL is number one in the enterprise and number nine in general rating, also takes places in other ratings. HHL Academic programs are directed on studying general management and combine academic disciplines with practical components.

Speaking to students of IEML, Professor Axel told in details about the Institute. Students had a chance to ask questions and specify education conditions of HHL. Vice rector for economy and strategic development Liliya Vorontsova added that IEML intends to closely cooperate with HHL both in academic and scientific areas. Students can get financial support from German government for their education in HHL, so that brings our institutes closer.

IEML will continue to develop and maintain the relations with HHL