KIU signed an agreement for bilateral cooperation with a delegation from Indonesia.

There was a meeting of the University administration with members of Professional Law Association and Association of a higher education from Indonesia in KIU conference hall. Liliya Vorontsova , Vice-rector for economic affairs and strategic development; Julia Kamasheva, Vice-rector for Academic Affairs; Andrei Nikitin, Dean of Faculty of Law and Ekaterina Vracheva, Head of the International Department took part in this event. 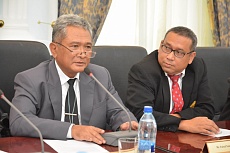 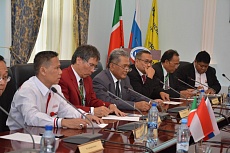 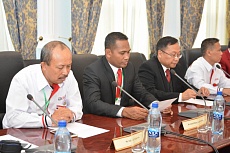 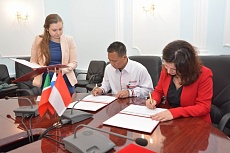 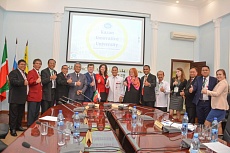 A topic of the meeting was the bilateral cooperation of the universities with the educational Organizations and Associations of Indonesia. In the course of this meeting it was talked about an exchange of experiences and opinions in the field of science and education of Russia and Indonesia, showed KIU presentation and discussed questions of a long-term and mutually profitable cooperation. 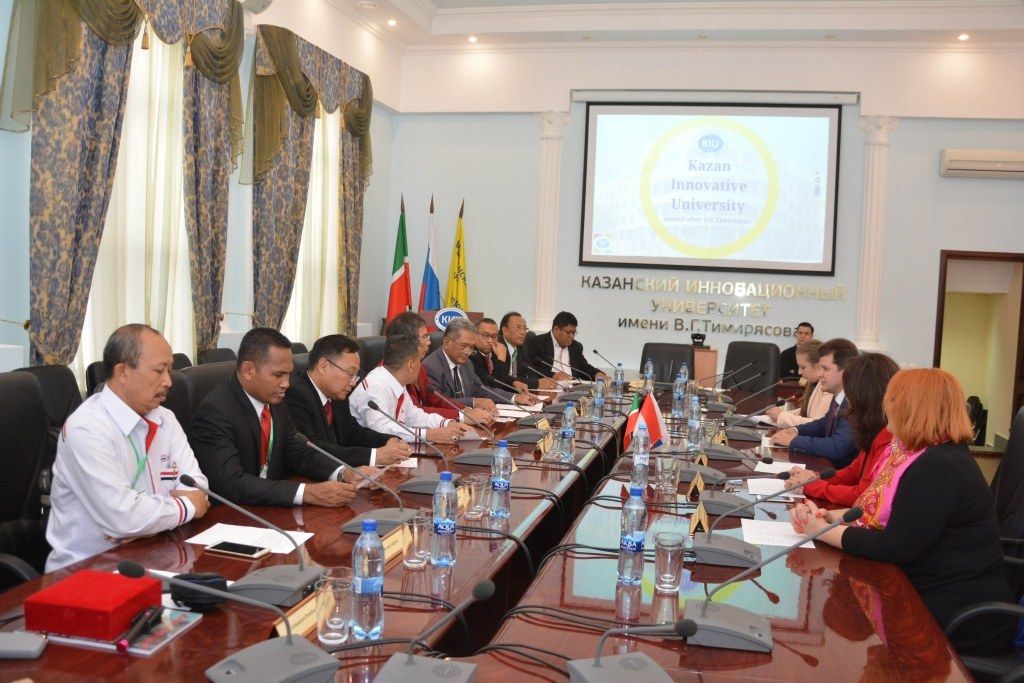 At the end of the meeting agreements about mutual understanding were signed between members of the Professional Law Association and Association of Higher Education of Indonesia. The agreements involve an exchange with information and materials, which are interested for both sides, realization of mutual scientific and educational projects, conferences and seminars, an exchange with teachers and scientific staff and other forms of interaction. 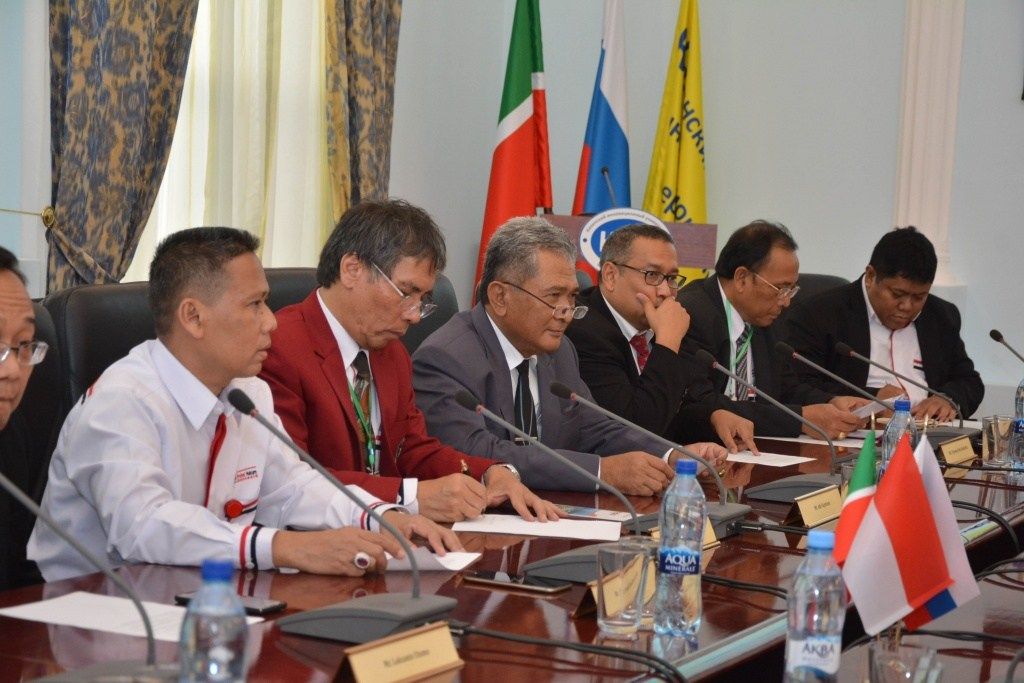 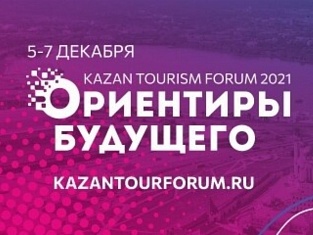 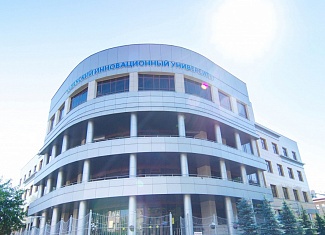 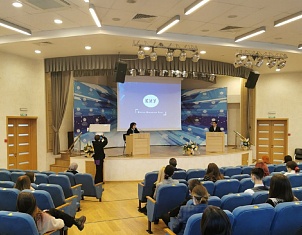