In the new (July 2021) edition of the international ranking Ranking Web of Universities (Webometrics) Kazan Innovative University named after V. G. Timiryasov immediately rose by 1000 positions, which made it possible to enter the top 20% of the best universities in the world. In addition, according to a separate indicator characterizing the number of citations of scientific works of teachers, KIU generally entered the world group of TOP Universities, headed by Harvard and Stanford Universities. Of the Russian universities, 93 educational institutions were included in the Top Universities-KIU is on the 50th place among them. 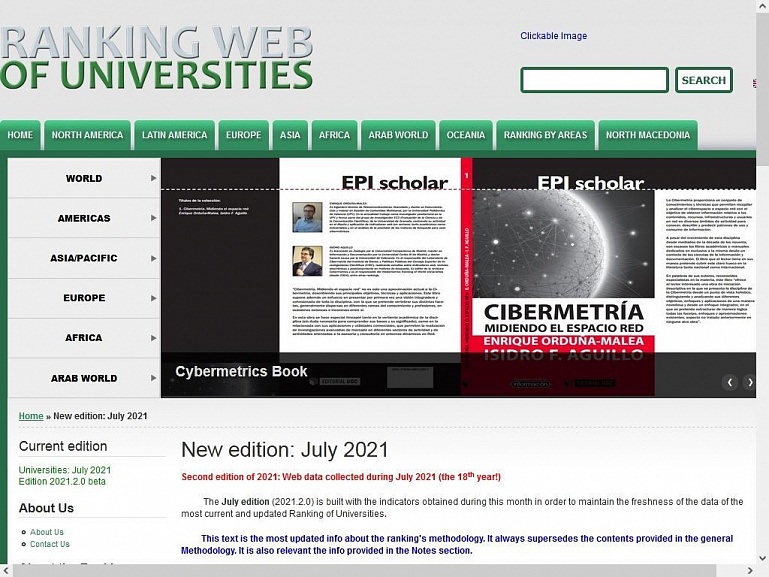 It is interesting that among the 5729 European universities included in the rating, KIU occupies a fairly high 1604 place. The leading positions in Europe are still held by English universities from Oxford and Cambridge. For comparison, if the KIU was located in the UK, then among the 279 universities ranked in this country, it would be on the 148th place between the University of Wales founded in 1893 and the Royal College of Psychiatrists founded in 1971.

Even higher would be the place of CIU in Germany, which, according to the UN, is the country with the highest education index. In Germany, out of 459 higher educational institutions, KIU would occupy the 139th position-immediately after the University of Applied Sciences (Higher Applied School)founded in 1971 Dusseldorf and before the University of Applied Sciences (Higher School of Engineering, Economics and Design) of Konstanz, founded in 1906.

Among the private universities of the country, KIU took the honorary 4th place, immediately after the Skolkovo Institute of Science and Technology, Innopolis University and the Russian School of Economics. At the same time, it should be noted that the three conditional "prize winners" can be considered private only according to formal legal criteria. The closest follower of the CIU in Tatarstan from this group (the TISBI University of Management) is on the 42nd position among frequent universities, on 382-among all Russian universities, and on 13607-in the world.

Congratulations to the teachers and students of KIU on their promotion in the world university ranking!