Success in life begins with the "Success of the Year"

The annual student award "Success of the Year" has once again united the brightest, most successful, active and talented students of our university. The participants proved themselves in several nominations, and the best got to the final. So, we reveal the main intrigue of the year. Who became the best in their nomination, and, of course, who took the Grand Prix?

"Volunteer of the Year" and "Volunteer Organization of the Year" are nominations in which people with a big heart are represented. The Vice-rector for Continuing Education, Denmark Akhmetova, wished the children to engage in volunteering not for the sake of awards and prizes, but out of a sense of compassion and the impossibility of doing otherwise." They do good, help people, create charity projects. The "Volunteer of the Year" was Marcel Nasybullin. The volunteer organization "From the Heart"  became the best this year.

The nomination "Student Media of the Year" is the best media of our university. The importance of the nomination, especially during the pandemic, was emphasized by the Vice-Rector for Economics and Strategic Development Lilia Vorontsova. The winner in this nomination was the Faculty of Service, Tourism and Food Service Management Press Center. Aizilya Bagautdinova  became the "Media Player of the Year". Valeria Evstafyeva was awarded a special prize in this nomination.

The best minds competed in the "Intelligence of the Year" nomination. "You are our pride. With your work, you motivate others to work in this direction," said Ruslan Zagitov, Vice-Rector for Educational and Social Work, addressing the finalists. The winner in the nomination was Sofia Danilova (college of Naberezhnye Chelny branch). The "Student Scientific Society of the Year" this year was recognized by the SSS of the Faculty of Law.

The "Headman of the Year" is the mainstay of any academic group, a person with iron nerves who knows everything and everyone, and will help in any situation. Vice-Rector for Academic Affairs Yulia Kamasheva noted that success should be confirmed by action. Our finalists are certainly successful from this point of view. Well, Dilara Gabdulbarova became the best headman.

The multifaceted and vibrant student life is revealed in the nomination "Student Structural Unit of the Year". This year, the Faculty of Management and Engineering Business organizing committee became the best.

University athletes regularly become winners of major Russian and world competitions. Vice-Rector for Innovation Irina Antonova noted that sport is the basis of many achievements. The founder of the university, the first rector Vitaly Timiryasov also paid great importance to sports. This time Yana Shishimorova (Faculty of Law) became the "Athlete of the Year".

"Creative Personality of the Year" is a nomination that is difficult to evaluate, because a lot depends on taste and subjective preferences. However, the real talent shines the brightest, and this year such were Bakhodirova Nazokat and Elizaveta Glukhova.

Our students implement projects and share their experience on educational platforms, apply for grants and win, participate in forums and student gatherings throughout Russia. This time, Leila Shakurova won in the nomination "Social Worker of the Year".

The Grand Prix "Activist of the Year" is an award for academic success, science, creativity, encouragement for initiative and special achievements. Rector Asia Timiryasova, addressing the finalists, noted that it consisted of many achievements. "You are united by certain traits. From this, you can put together a formula for success. Firstly, we can say that success comes from the word "to have time". You manage everything. It was clearly evident in each of your speeches that you have a goal. Be active! You are all winners, and the one who becomes the best just has a lot of experience." 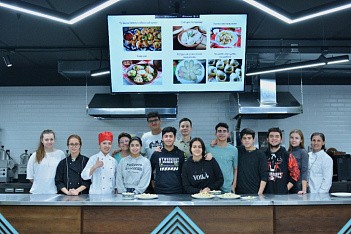 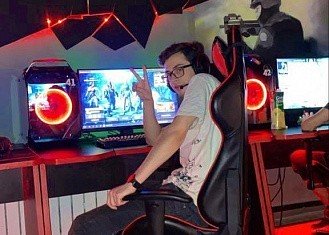