Game “What? Where? When?” for KIU foreign students

An intellectual game was held on November 5, 2019 for foreign students of Kazan Innovative University. 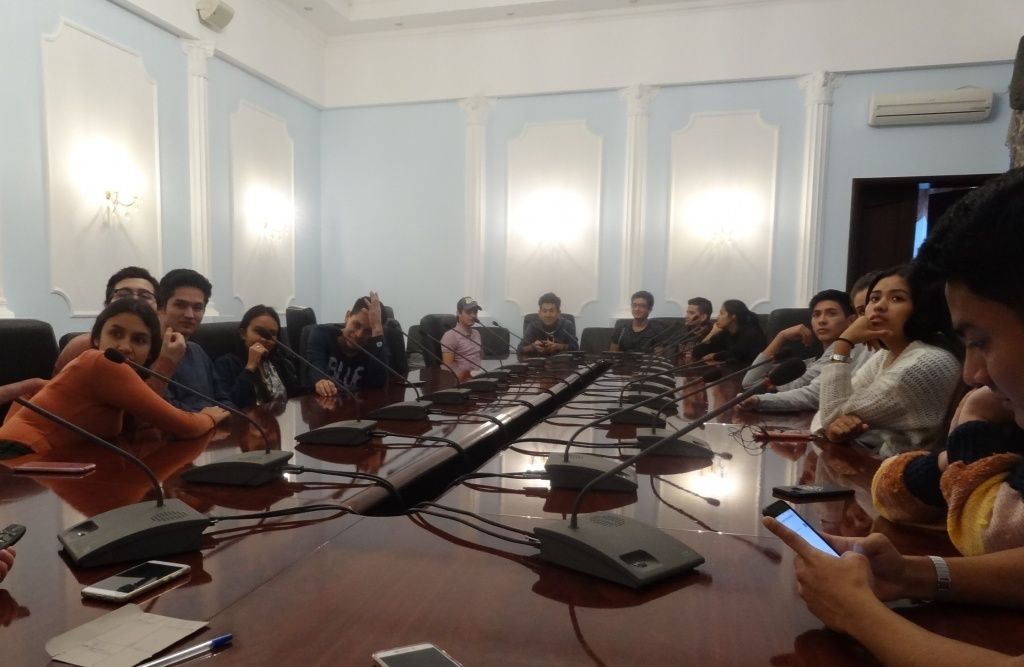 Foreign students of non-CIS states took part in the game and divided into three teams. The geography of participants was very rich: China, Colombia, Mexico, Venezuela and Peru.

The game consisted of two stages: the first one is a famous for us all and already having gained popularity among KIU foreign students “What? Where? When?” The teams quickly entered into intellectual courage: they energetically discussed questions, rejoiced or got upset having found out a wright answer.

The second stage was the world famous game “Crocodile”: the teams received written on papers words, words combinations or phrases and had to show the mystery without words only with gestures, facial expression and postures, that is, pantomime. As soon as the game started, students had excitement and unprecedented ardor in the eyes. Having found out the mysterious word, word combination or phrase, participants were very happy and quickly gave a wright answer.

Such events are significantly important at our University as it allows foreign students to practice their knowledge of the Russian language and at the same time to expend horizons.