Flags, smiles and flash mob: celebration of the day of Russia in KIU

June 12, our country celebrates a national holiday - Day of Russia. On June 12, 1990, at the First Congress of People's Deputies of the RSFSR, a Declaration on the State Sovereignty of the RSFSR was adopted. 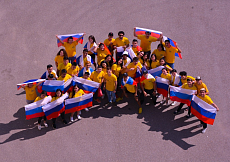 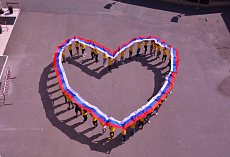 This holiday is one of the "youngest" in the country.  This year, our students were inspired by the idea of ​​a holiday and staged a flash mob with flags.

All foreign students participated in a patriotic action.  Students took photos with flags, lifted them up in the air, had fun and depicted figures in the shape of a heart and abbreviations of the university.

Everyone was inspired and imbued with the idea of ​​love for the homeland, we are grateful to our students for the initiative and maintaining the festive spirit!